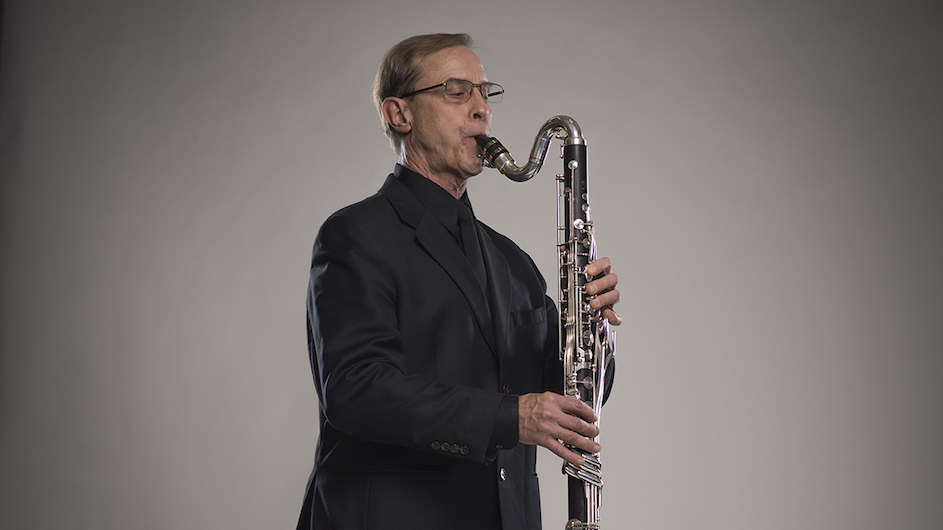 Andy started the clarinet at age seven with his father Jack Stevens, long time Denver Public Schools music teacher and Director of the Denver Youth Musicians. He later studied with Richard Joiner, former principal clarinet with the Denver Symphony and Donald Ambler former bass clarinetist of the Denver/Colorado Symphony. As a junior in high school, he won the International Clarinet Competition after being named runner up the previous year in the same competition. After high school he pursued his Bachelor of Music degree at the Eastman School of Music under the tutelage of renowned clarinetist and pedagogue D. Stanley Hasty. He also studied the bass clarinet with William Osseck.

While at Eastman he toured extensively with the Eastman Wind Ensemble on the East Coast in addition to the first EWE State Department tour of Japan and Southeast Asia with Donald Hunsberger. Several professional recordings of the Wind Ensemble were made during the years that he was a member of the clarinet section.

He participated in the “Festival of Two Worlds” in Charleston, S.C. and Spoleto, Italy, and has held positions in the Denver Chamber and Colorado Ballet Orchestras. He also served as principal clarinet with the Central City Opera for most of his twenty year tenure with that organization.

More recently he has performed with the Philadelphia Orchestra at the Bravo! Vail Valley Music Festival as well as the Rochester Philharmonic, Pittsburgh Symphony, Colorado Chamber Players and the Colorado Music Festival.

As a soloist, he has appeared with the Denver Symphony, the Rocky Mountain Symphony, Colorado Wind Ensemble, Denver Concert Band and the Denver Municipal Band, one of the oldest musical organizations in the United States.

He has taught at the Lamont School of Music, Metropolitan State College, C.U. Denver, Loretto Heights College, Colorado Academy and the Denver School of the Arts in addition to maintaining a private studio at home. He also has an affinity for re-facing and restoring woodwind mouthpieces

In addition, Andy enjoys fly fishing, amateur astronomy, hiking and camping with his family in the Rocky Mountains.