Starting in the fall of 2022, the Colorado Symphony will partner with three leading musicians from diverse musical backgrounds to reimagine the future of the American symphony.

A Genre-Bending Collaboration of Music and Minds

Featuring collaborations with the Wu-Tang Clan’s RZA, Broadway’s Mary-Mitchell Campbell, and Colorado’s own Nathaniel Rateliff, the Imagination Artist Series will provide these artists with unparalleled creative access to the entire orchestra, offering a blank canvas to innovate, imagine, and curate orchestral programs while sharing three unique artistic visions that will debut exclusively for Colorado Symphony audiences starting in the 2022/23 Season. 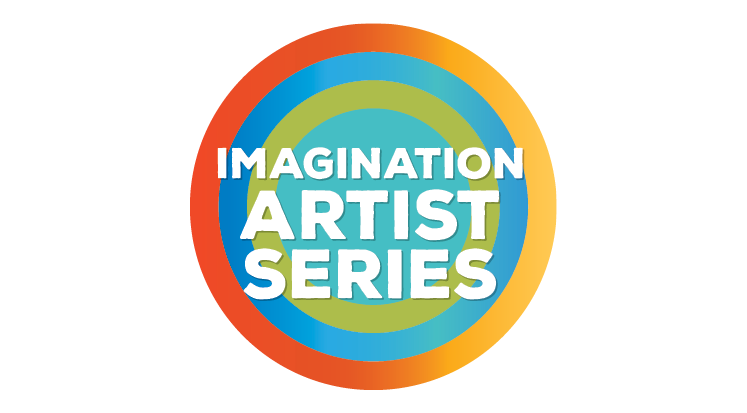 “What I love about this orchestra, is how passionate they are about making all kinds of music and recognizing that every genre has a place in the concert hall.” 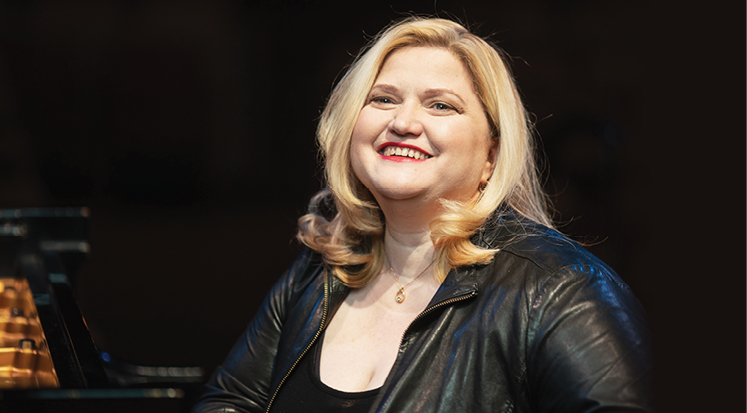 Mary-Mitchell Campbell is a conductor, music director, orchestrator, composer and arranger. She has served as the Music Director for many Broadway shows including: Mean Girls, The Prom, My Love Letter to Broadway with Kristin Chenoweth, Tuck Everlasting, Finding Neverland, Big Fish, The Addams Family, Company, and Sweeney Todd. She also music directed Stephen Sondheim’s last musical Road Show at the Public Theater. She won a Drama Desk for Best Orchestrations for the 2006 revival of Company starring Raul Esparza and was nominated for Best Orchestrations for her work on the Off-Broadway productions of Allegro and Hello Again. She has a very active concert career and performs frequently with Kristin Chenoweth, Gavin Creel, Jonathan Groff, Laura Benanti and Raul Esparza. In her pop career she has worked with Alicia Keys, Katy Perry, John Legend, Amy Grant, Kelly Clarkson, Stevie Wonder, James Taylor, Elvis Costello, and Josh Groban in concerts.

She is passionate about arts education and poverty reduction. She is the Founder and Co-Executive Director of ASTEP- Artists Striving To End Poverty (www.asteponline.org) which recruits and trains high level artists to work with kids in extreme situations to teach them health education and life skills through the arts. She is a regular volunteer with ASTEP programs in the US, Africa and India. She is from North Carolina and has taught on the faculties of Juilliard, NYU, and Boston College.

From the mind of Mary-Mitchell Campbell, the Music Director behind numerous Broadway shows including Mean Girls, The Prom, My Love Letter to Broadway with Kristin Chenoweth, Tuck Everlasting, Sweeney Todd, and more, the Imagination Artist Series begins with a Tribute to Stephen Sondheim on September 23 and 24, 2022, celebrating one the most important figures in 20th-century musical theater. This program will feature some of Sondheim’s greatest works from Broadway hits like A Funny Thing Happened on the Way to the Forum, Company, Follies, A Little Night Music, Sweeney Todd: The Demon Barber of Fleet Street, Sunday in the Park with George, and Into the Woods.

This performance has passed.

“When you get a chance to hear your music translated by an orchestra, it’s so fulfilling. The vibration of it, the feel of it. As musicians we strive to inspire and give inspiration. If you can move somebody and let their imagination explore and explode, I think that’s what we have the chance to do here.” 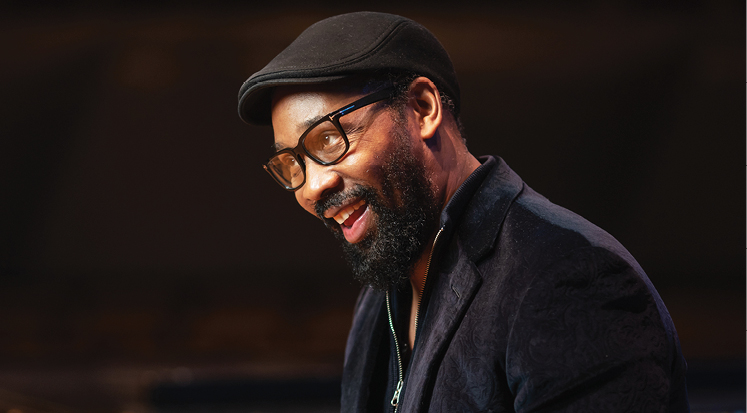 Robert Fitzgerald Diggs, better known by his stage name RZA, is an American Grammy winning music producer, author, rapper, and occasional actor, director, and screenwriter. A prominent figure in hip hop music, he is the de facto leader of the Wu-Tang Clan. He has produced almost all of Wu-Tang Clan’s albums as well as many Wu-Tang solo and affiliate projects. He subsequently gained attention for his work scoring and acting in films. He is especially known for his music production, with a style that includes the use of soul samples and sparse beats that has proved highly influential.

Born in Brownsville, Brooklyn, New York, RZA began his hip hop career in the late 1980s and early 1990s as a member of the trio Force of the Imperial Master (which subsequently became known as the All in Together Now Crew after they had a successful underground single of that name). The group consisted of future Wu-Tang members and his cousins GZA (then known as the Genius) and Ol’ Dirty Bastard (then known as Ason Unique, the Specialist, and the Professor).

In 1992, Diggs formed a new group with his two cousins and five other childhood friends. They named the group Wu-Tang Clan, after the 1983 kung fu film Shaolin and Wu Tang. Throughout most of his youth, RZA enjoyed watching various kung-fu movies and purchasing countless albums which he would later sample in most of his music.

RZA has been heavily involved in filmmaking since the late 90s. He has scored a number of films, most notably Kill Bill: Volume 1 (2003) and Kill Bill: Volume 2 (2004). He has written and directed in film and television, starting with his directorial debut, The Man with the Iron Fists, in 2012. He has also acted in numerous films and TV series, including the films American Gangster and Brick Mansions, and the TV series Gang Related and Californication.

From the mind of Robert Fitzgerald Diggs — better known by his stage name, the RZA, and as the de facto leader of the hip hop group Wu-Tang Clan — comes a brand-new symphonic collaboration that bridges the gap between classical and contemporary music. With a full orchestra at his disposal, RZA creates a unique and unforgettable musical experience, featuring spoken word, live ballet dancers, and rich orchestration from the Colorado Symphony. This is a performance that will engage the senses, provoke thought, and offer a never-before-seen look inside the mind of one of today’s most influential artists. When RZA teams up with the Colorado Symphony, the possibilities are endless.

“Hearing the symphony, it’s hard not to react to it, especially when you’re performing with them. I’ve always felt like music does this thing where it takes your breath away. When you hear that many people playing together it does something that you can feel.”

Based in Denver, Colorado, Nathaniel Rateliff is a striking, emotive tenor vocalist and songwriter whose work runs the gamut from simple folk and Americana to roots rock & roll and vintage rhythm & blues. Although he earned critical acclaim for his quieter, more introspective folk-based albums, he broke out commercially in 2015 with the release of Nathaniel Rateliff & the Night Sweats, the eponymous debut from his high-energy and soulful live band. Signed to the legendary Stax label, the band spent the next four years enjoying a high-profile career, releasing a live album and studio follow-up before Rateliff returned to solo work with the reflective 2020 album And It’s Still Alright. The Night Sweats’ third album, The Future, appeared a year later. Rateliff has developed a dedicated following within the Denver music community with the The New York Times dubbing him a Denver local folk-pop hero.

Rateliff was born in rural Missouri, the son of ardent churchgoing parents. The church was an enormous influence on his childhood and early teenage years. He learned to play drums at age seven, and began to teach himself guitar at 13; he wrote his first songs a couple of years later. In his early teens, he listened exclusively to Christian rock but found a copy of John Lennon’s Imagine album in his father’s collection. The title song haunted him and gave rise to spiritual questions that would impact his life in significant ways.

Rateliff left school at the age of 16 and began working in a plastics factory. He and bandmate Joseph Pope III left Missouri for Denver as part of Youth with a Mission, an evangelical organization. While in Denver, he began to question not only the rigors of religion, but the existence of God. He left the organization and began working odd jobs. He built decks and later got work at a trucking company, where he stayed for ten years before eventually becoming a gardener and getting married.

Rateliff had begun writing songs that required a band, so he formed the Night Sweats, whose was rowdy, soulful sound was deeply influenced by vintage R&B, soul and gospel traditions, Van Morrison, and the Band. A formidable live unit with a reputation for stage-quaking shows, they were signed to Stax. Rateliff released another independent solo record in January of 2015, the intimate Closer, which continued to draw the attention of listeners and critics. Meanwhile, he and the label enlisted producer Richard Swift to capture the band’s live attack in a studio. Nathaniel Rateliff & the Night Sweats was issued by Stax in August, preceded by appearances at the Newport Folk Festival and The Tonight Show Starring Jimmy Fallon. They toured globally in support of the album. While still on the road, they issued A Little Something More From, an eight-track EP that featured a combination of new tracks and live favorites. Capturing a performance on August 21, 2016, the one-year anniversary of the group’s eponymous debut, Live at Red Rocks followed in late 2017.

Nathaniel Rateliff & the Night Sweats returned with their second studio album, Tearing at the Seams, in March 2018, debuting at number 11 on the Billboard 200. Following the band’s touring cycle, Rateliff began working on a more subdued set of songs that harked back to his earlier solo efforts. Exploring themes of love and loss, 2020’s warmly introspective And It’s Still Alright was inspired by both the singer’s then-recent divorce and the death of his friend and producer Richard Swift. In December of that year, Rateliff contributed the cathartic, Billboard-charting single “Redemption” to the film Palmer before resuming work with the Night Sweats, who released their third album, The Future, in October 2021.

In 1973, singer-songwriter Harry Nilsson released an album of standards from the Great American Songbook, an adventurous and unprecedented move for someone at the height of their powers in the rock era. The album, A Little Touch Of Schmilsson In The Night, takes listeners on a narrative arc through infatuation, courting, marriage, separation, and the inevitable slide into old age. This March in celebration of its 50th Anniversary, Denver singer and songwriter Nathaniel Rateliff breathes new life into this classic album alongside the Colorado Symphony, blending his folk, Americana, and vintage rhythm & blues influences with Nilsson’s classic tribute to the Golden Age of American music.

Together, we envision a bright future for live, symphonic music filled with unlimited possibilities. Join us as we push boundaries, meld genres, and inspire a new generation of music lovers. ♦ 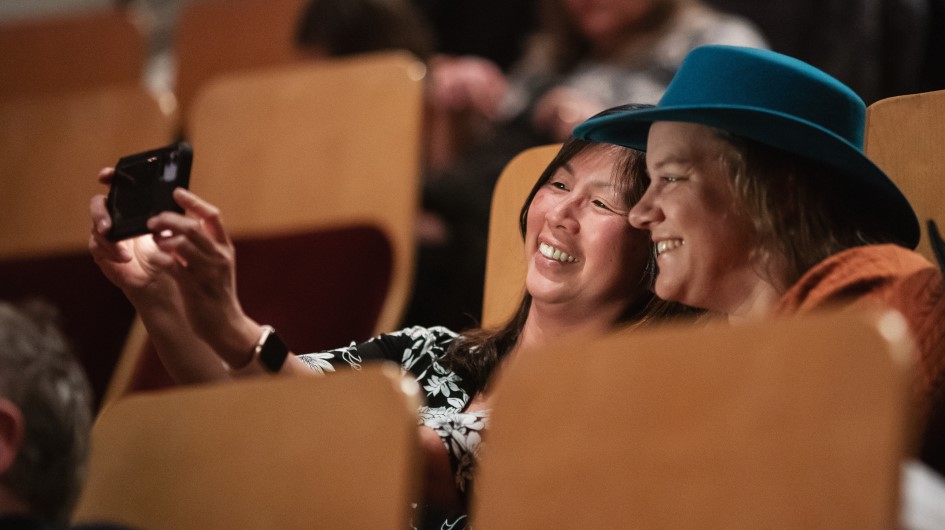 Imagination Pack holders receive great perks including first-access for tickets to the Imagination concerts and huge savings on the Classics performances.