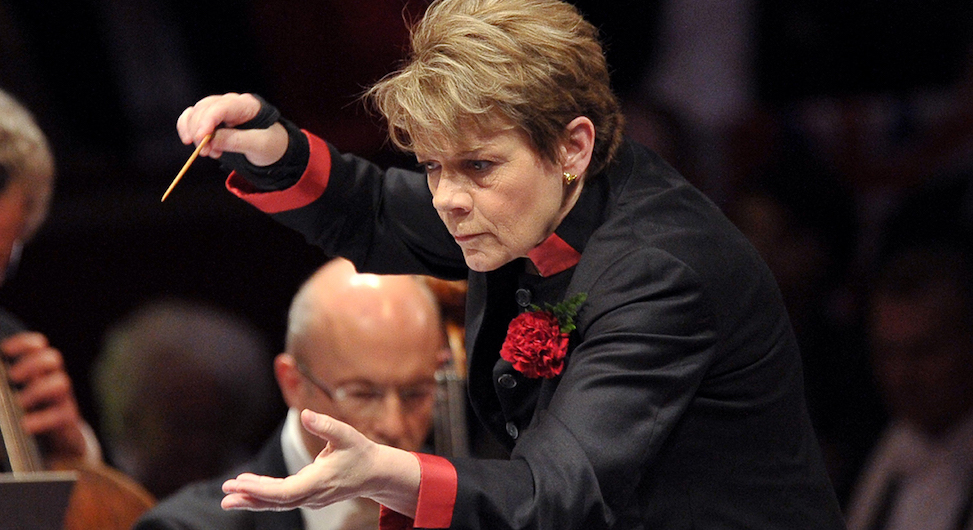 Hailed as one of the world’s leading conductors for her artistic vision and commitment to accessibility in classical music, Marin Alsop made history with her appointment as the 12th music director of the Baltimore Symphony Orchestra, mirroring her ongoing success as principal conductor of the Bournemouth Symphony since 2002. She continues her association with the Colorado Symphony as conductor laureate following her highly successful 12-year tenure as music director.

Alsop continues in her 17th season as music director of the acclaimed Cabrillo Festival of Contemporary Music in California. In addition, Alsop has held the position of principal guest conductor with both the City of London Sinfonia and the Royal Scottish National Orchestra, with whom she made numerous critically acclaimed recordings. In 2005, Alsop was named a MacArthur Fellow, the first and only conductor ever to receive this prestigious American award. In the same year, Alsop won the Classical Brit Award for Best Female Artist, and she is the first artist to win Gramophone’s ‘Artist of the Year’ award and the Royal Philharmonic Society’s Conductor’s Award in the same season (2003). Most recently, she was honored with a 2007 European Women of Achievement Award, presented to individuals whose vision, courage and determination have made a major impact on increasing the influence of women on European affairs.

Alsop is a regular guest conductor with the New York Philharmonic, The Philadelphia Orchestra, Chicago Symphony and Los Angeles Philharmonic. She is also one of the few conductors to appear every season with both the London Symphony and the London Philharmonic orchestras and has appeared as a guest conductor with many other distinguished orchestras worldwide, including the Royal Concertgebouw Orchestra, Zurich Tonhalle, Orchestre de Paris, Bavarian Radio Symphony, Boston Symphony, Pittsburgh Symphony and Tokyo Philharmonic. She made her debut with the Opera Theater of St. Louis conducting John Adams’s Nixon and in 2004 she conducted a fully staged production of Bernstein’s Candide with the New York Philharmonic, a production that was nominated for an Emmy Award in 2005. Highlights of Alsop’s acclaimed recording collaboration with Naxos include a Brahms symphony cycle with the London Philharmonic Orchestra and an ongoing series of Bournemouth Symphony recordings, which include Bartók’s Miraculous Mandarin, Bernstein’s Chichester Psalms, and the symphonies of Kurt Weill.