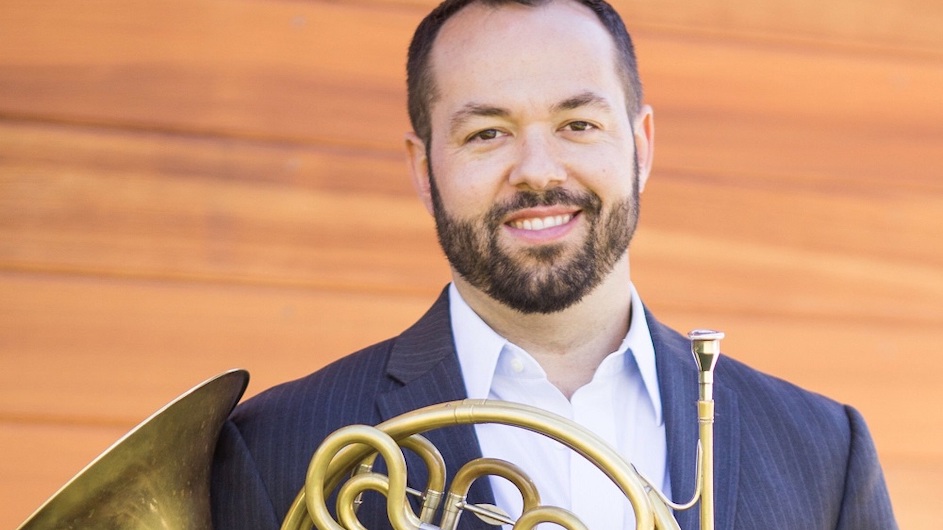 Matt is a hornist and educator with an active national and international concert schedule. A native of Philadelphia, he earned his bachelor’s degree from the Cleveland Institute of Music where he studied with Cleveland Orchestra hornists Eli Epstein and Richard King. He went on to earn his master’s degree from the University of Colorado at Boulder under the instruction of Colorado Symphony Orchestra principal horn Michael Thornton. After graduating, Matt moved to Houston, Texas and studied for two years with the principal horn of the Houston Symphony, William VerMeulen.

In 2018, Matt joined the Colorado Symphony as fourth horn. He also joined the faculty of University of Colorado at Boulder for the 2019-2020 school year as a Lecturer, teaching the undergraduate horn performance majors. Before moving to Denver, he served as second horn of the Louisiana Philharmonic Orchestra for 5 seasons. In addition to his performance duties, Matt was honored to serve the LPO as Orchestra President for the 2016-2017 season. Prior to his time in New Orleans, Matt was a member of the New World Symphony, under the direction of Michael Tilson Thomas. He has also held positions with the Britt Music Festival, the Honolulu Symphony Orchestra and the New Mexico Symphony Orchestra. In addition, he has appeared with the Dallas Symphony Orchestra, the Hong Kong Philharmonic Orchestra, and the Houston Grand Opera, among others. Matt has also enjoyed working as a studio musician, appearing on movie soundtracks, albums by Bela Fleck and Ingrid Michaelson, and the Hong Kong Philharmonic’s recordings of Wagner’s Die Walküre and Siegfried.

Outside the concert hall, Matt enjoys being in the beautiful mountains of Colorado. He is an avid skier and hiker and loves finding scenic places to play his alphorn. He also loves spending time with his wife Meghan, who is a physician at the University of Colorado, and their dog George.