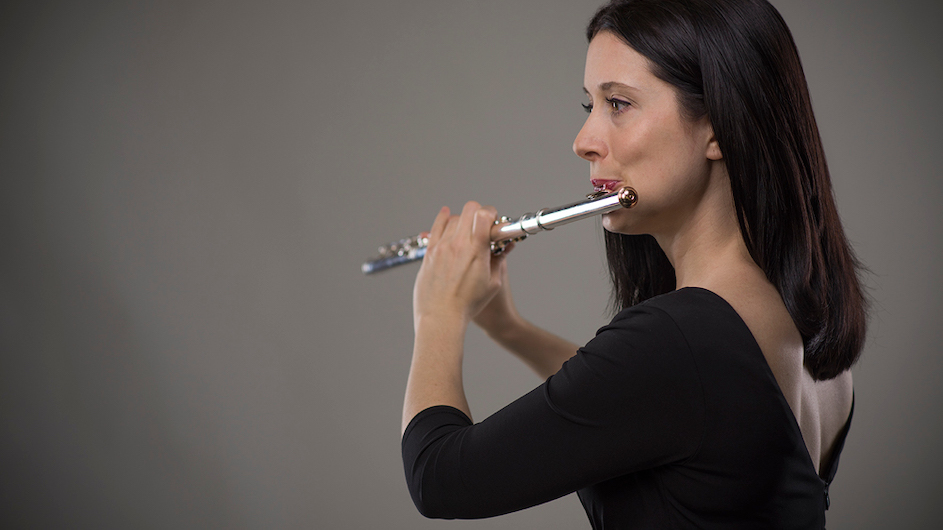 Hailed by the Washington Post as “brilliantly virtuosic,” flutist Brook Ferguson is a versatile solo and orchestral artist. The Miami Herald praised Ferguson’s performance of Carl Nielsen’s Concerto for Flute with the New World Symphony as “soaring, fraught with emotion, possessing sterling technique with pure tone, showing herself fully in synch with Nielsen’s enigmatic world, putting across the playfulness, passing shadows and sheer strangeness of this music with strong impact.” First prize winner of the 2009 National Flute Association Young Artist Competition, Ferguson has performed as a concerto soloist with the Colorado Symphony, the New World Symphony, the River Oaks Chamber Orchestra and the Los Angeles Chamber Orchestra. She has appeared at the prestigious Marlboro Music Festival and Aspen Music Festival.

In 2013, Ferguson was a featured soloist on Jacques Ibert’s Concerto for Flute with the Colorado Symphony Orchestra and Douglas Boyd. An enthusiastic performer of new music, she performed Michael Gandolfi’s Geppetto’s Workshop in Jordan Hall at the composer’s invitation and gave the Tanglewood premiere of his Three Pieces for Solo Flute. Her video recording in Jordan Hall of the Gandolfi Three Pieces for Solo Flute is available on YouTube. Ferguson’s performance of Bach’s Brandenburg Concerto No. 4 with the Los Angeles Chamber Orchestra was commercially released on Yarlung Records and her live performance of David Amram’s Red River Valley Variations is available on the Newport Classic LTD label. Other notable solo and concerto performances were at the National Flute Convention of Japan and in Russia, Chile, Brasil, Ecuador and Qatar.

A dedicated teacher, Ferguson encourages her students to cultivate strong and imaginative interpretations, guides them toward a deeper understanding of self-reliant problem solving and helps them to develop physical and mental self-awareness. Ferguson is a Professor of Flute at the University of Northern Colorado and has periodically served as an adjunct Professor of Flute at the University of Colorado Boulder. Ferguson has given master classes at the Peabody Conservatory of Music, Metro State University, CU Boulder, CSU, University of Tennessee, UMass Amherst, New World Symphony, University of Miami, Carnegie Mellon University and the Festival Internacional de Música in Loja, Ecuador. Ferguson is the founder of Bel Canto Flute Academy- a community learning initiative for flutists of all ages and abilities in Denver, Colorado.

Ferguson received her Master of Music from Carnegie Mellon University as a student of Jeanne Baxtresser and Alberto Almarza and her Bachelor of Music and Graduate Performance Diploma from the Peabody Institute studying with the Marina Piccinini. Other important teachers and influences are Doriot Anthony Dwyer, Paula Robison and Michael Tilson Thomas.