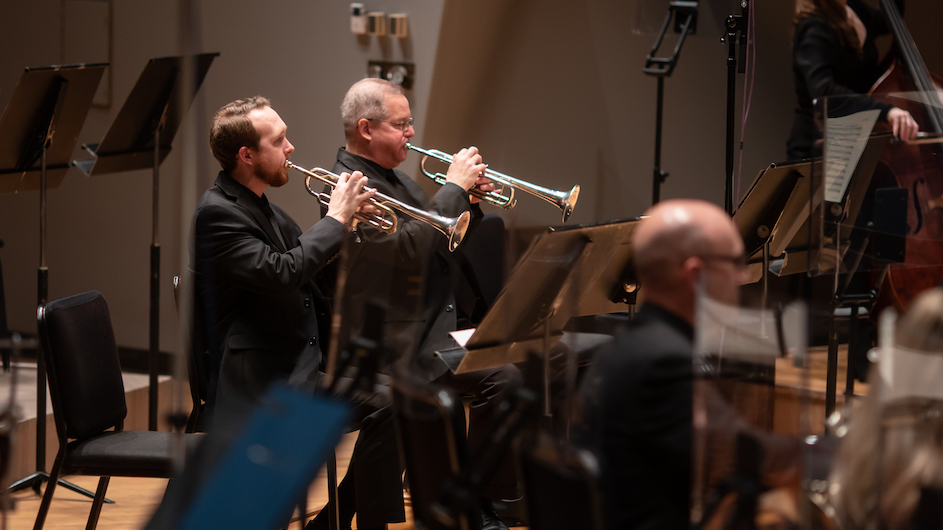 Philip Hembree joined the Colorado Symphony as Assistant Principal/2nd Trumpet in July of 2015. He has appeared in guest roles with the San Francisco Symphony, Houston Symphony, and the Houston Grand Opera. Philip holds degrees from Indiana University and Rice University.

Philip has served on faculty as Instructor of Music at the University of Northern Colorado since 2016. His primary duties include teaching studio lessons and Orchestral Excerpts class in addition to performing faculty recitals. Philip is also passionate about early education and was involved in the young children’s division of Rice University’s JUMP! program. He maintains a private studio in the Denver metro area teaching students of all ages. Philip’s former education experience includes; Guest Lecturer of Brass Technique for the Houston School for Performing and Visual Arts, and Adjunct Professor of Trumpet at Houston Baptist University. He has also presented masterclasses for students of Rice University, University of Colorado, and the National Trumpet Competition.

Philip can be heard on his solo album, “The Trumpet Sings: Lieder, Songs, and Art Pieces” and in ensemble on the album, “Studies in Nature: new music by Karim Al-Zand.” For more information, visit philiphembree.com.