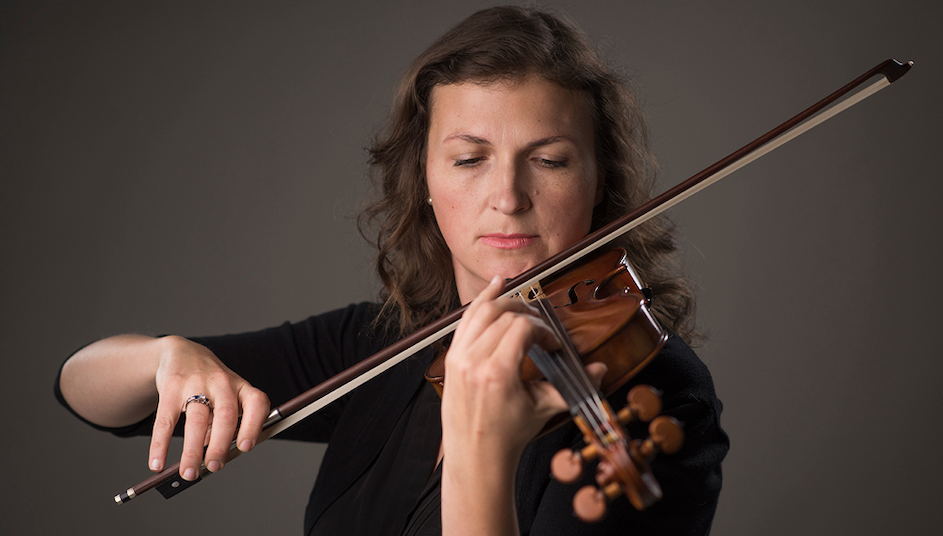 Myroslava Bartels (b. Ivanchenko) was born in Kyiv, Ukraine to the family of professional musicians. She was accepted into the Lysenko Music School at age 6 where she started her violin studies with Peter Bondas and later with Yaroslava Rivnyak. After graduating from Lysenko Music School in 1996, Myroslava entered the National Music Academy of Ukraine to study with late Prof. Bohodar Kotorovych and Yaroslava Rivniak. In 1998 she received a full scholarship to attend The Meadows School of the Arts at Southern Methodist University in Dallas, TX and entered the studio of Dr. Eduard Schmieder.

After receiving her Artist Certificate (2000) and Masters of Music in violin performance (2002) from SMU, Myroslava was awarded a fellowship with New World Symphony in Miami Beach, FL (2002-2006). In 2006, Myroslava joined the Alabama Symphony as a Section First Violinist and later Acting Associate Concertmaster.

In 2007, Myroslava won the position of Assistant Principal Second violin with the Dayton philharmonic when her husband Justin joined the Columbus Symphony. In 2008, she moved to Denver when her husband Justin won the principal trumpet position with the Colorado Symphony. Since 2008, she held several positions around the area including Concertmaster of the Greeley Philharmonic, Assistant Concertmaster of the Fort Collins Symphony, Assistant Principal First Violin in Cheyenne, Section Violin in the Boulder Philharmonic, Section Second Violin in the Colorado Springs Philharmonic, and Violin with the Central City Opera Orchestra. Myroslava won a section violin position with the orchestra in November 2010 and joined the orchestra in January 2011.

When not playing violin or trying to keep up with her very energetic daughter Sophia, Myroslava loves cooking, wine making, skiing, reading, and Alabama Crimson tide football. On October 29 of 2015, the Bartels welcomed their second baby daughter to the family.