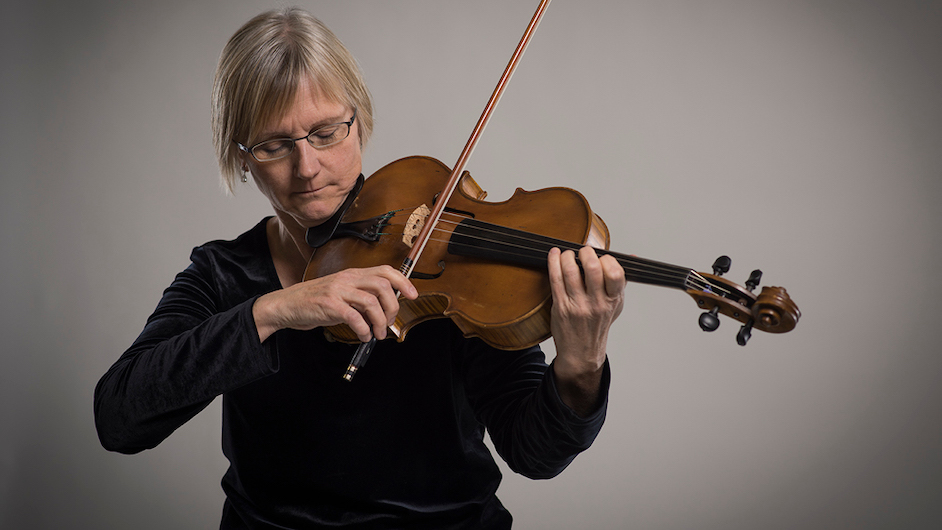 Helen McDermott is a member of the Colorado Symphony viola section. She has taught strings to young musicians in Haiti for the past three summers in conjunction with the Road to Hope Haiti Youth Orchestra. She is also a founding member of the Highlands Square Ensemble.

On that evening in fifth grade when Helen McDermott went to the instrument fair, she had no idea that her fate would be changed. She went into the fair determined to choose a clarinet.  But the music director was so convincing in his efforts to secure a viola student that she walked out with a viola, and thus began her path in music that she still follows today.

Helen went on to earn a Bachelor of Music degree from Oberlin Conservatory and a Master of Music from Yale University where she studied with Rafael Hillyer. She continued her studies with Bernard Zaslov at Northern Illinois University and Karen Tuttle at the Banff Centre. She played with the Puerto Rico Symphony Orchestra and the Oakland Symphony Orchestra and while in the Bay Area was also principal violist with the Berkeley Symphony and the Bay Area Women’s Philharmonic.

Currently a member the Colorado Symphony, she has trained in the Suzuki and O’Connor methods and teaches violin and viola. Helen has taught strings to young musicians in Haiti for the past three summers. She is a founding member of the Highlands Square Ensemble, and loves performing and coaching chamber music. In her spare time, she loves be with her family, backpacking and traveling.