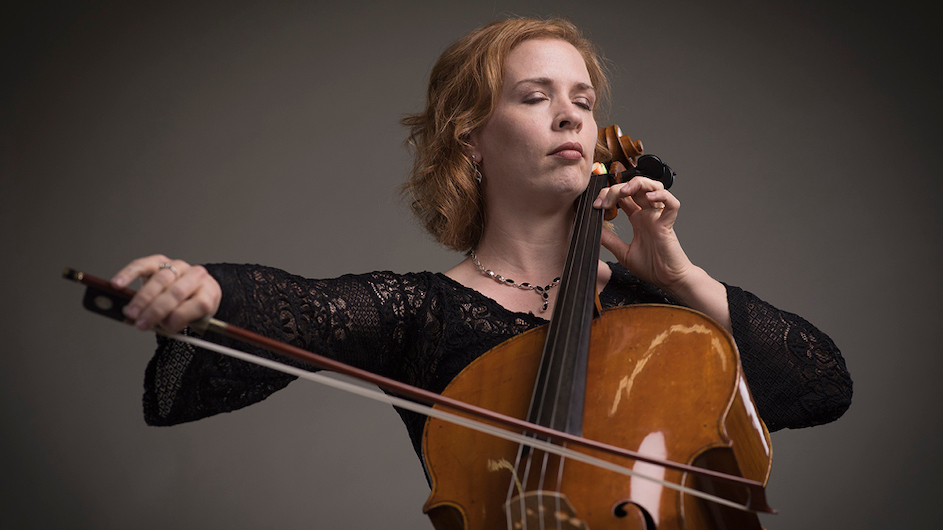 Cellist Judith McIntyre Galecki has been a member of the Colorado Symphony as Third Chair Cello since 2003 and held the position of Acting Principal for the 2017-19 seasons. She holds a bachelor’s degree from the University of Toronto and a Master’s Degree from the Manhattan School of Music.

Judith McIntyre Galecki was born into a very musical family and began violin lessons at the age of 4 but chose to switch to the cello at age 7. She holds a bachelor’s degree from the University of Toronto where she studied as a scholarship student with former Principal Cellist of the Toronto Symphony Daniel Domb and Master’s Degree from the Manhattan School of Music where she studied as an almost full tuition scholarship student with former Associate Principal cellist of the New York Philharmonic Alan Stepansky.

While studying at the Manhattan School she performed regularly as principal cellist of the Symphony and Chamber Sinfonia and was chosen as one of 5 students to travel to the Salzburg Easter festival to attend concerts given by the Berlin Philharmonic and take lessons from one of its cellists. While in New York Judith was an Artist’s International Music Auditions Finalist. Upon graduation from the Manhattan School she was awarded the Pablo Casals Graduation Award given for musical accomplishment and human endeavor.

As a teenager Judith was invited to perform in Masterclasses for Janos Starker and Tsuyoshi Tsutsumi at the Orford Arts Center in Quebec and returned there a couple years later to study with her teacher, Daniel Domb, and Yuri Turovsky. Prior to joining the Colorado Symphony, Judith performed as substitute member for one of the Pittsburgh Symphony’s European Tours and spent many summers and tours in Europe playing with the Verbier Festival Orchestra and Chamber Orchestra as Principal Cellist and Assistant principal cellist including a tour with Joshua Bell performing the continuo part for Vivaldi’s Four Seasons.