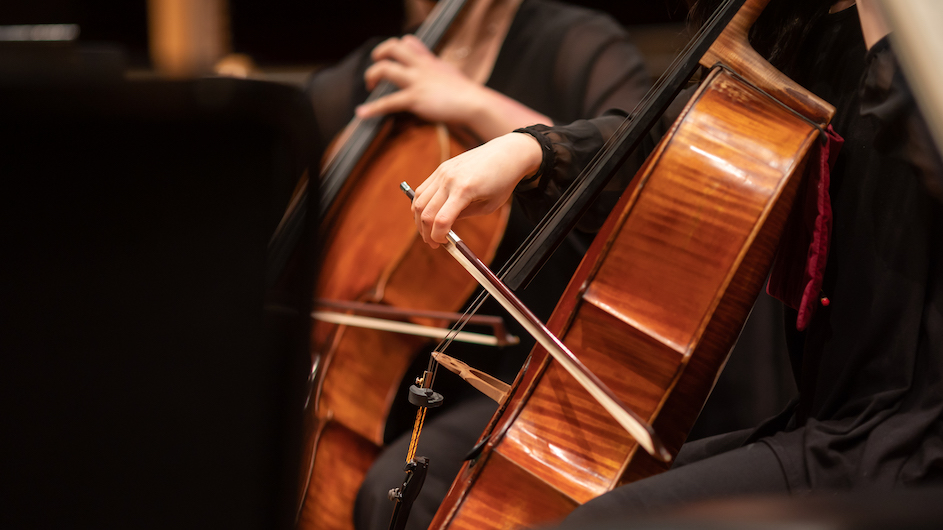 Cellist Seoyoen Min joined the Colorado Symphony at the beginning of the 2019/20 Season as Principal Cello. She is a former first prize winner of the Segye Times Competition, the Strad Music Competition, and the Music Association of Korea Competition.

South Korean cellist, Seoyoen Min is rapidly gaining recognition for her naturally expressive and fiery musicality. She has made multiple competition appearances on the international stage including the 2018 George Enescu Competition and won first prize in the Segye Times Competition, the Strad Music Competition, and the Music Association of Korea Competition. In 2016, Seoyoen gave her debut recital in Youngsan Art Hall in Seoul where she was selected for the Young Artist of Youngsan Debut Concert Series. Min has also performed in numerous concerts as a soloist with the Northwestern University Chamber Orchestra, the Seoul National University Symphony Orchestra, the Seoul Academy Ensemble, the Seoul Soloists Cello Ensemble and OZ Ensemble and has been invited to play in professional ensembles such as the Korean Symphony Orchestra. Other accolades include the Richard & Helen Thomas Endowment prize and most recently, second prize at the 2018 Samuel & Elinor Thaviu Endowed Scholarship Competition in String Performance.

A passionate supporter of chamber music, Seoyoen collaborated with renown cellist, Lynn Harrell, at the Meadowmount School of Music. In her native Korea, Seoyoen also worked with the violinist, Kyung Sun Lee in the Virtuosi Seoul Ensemble and is a founding member of the Edith String Quartet.

Seoyoen has participated in various masterclasses with leading musical figures such as Ralph Kirshbaum at the Prussia Cove International Musicians Seminar. Others include pedagogues Lynn Harrell, Tamás Varga, Clive Greensmith, Gary Hoffman, Xenia Jankovic, Peter Bruns, and Tilmann Wick. She recently completed her Master’s degree in cello performance at Northwestern University’s Bienen School of Music under the tutelage of Hans Jørgen Jensen who sits as the principal of Northwestern University Symphony Orchestra, the University’s premiere orchestral ensemble. A graduate of Seoul National University, Min received a bachelor of music degree with high honors and was the recipient of the University’s Most Accomplished Alumnus Award.