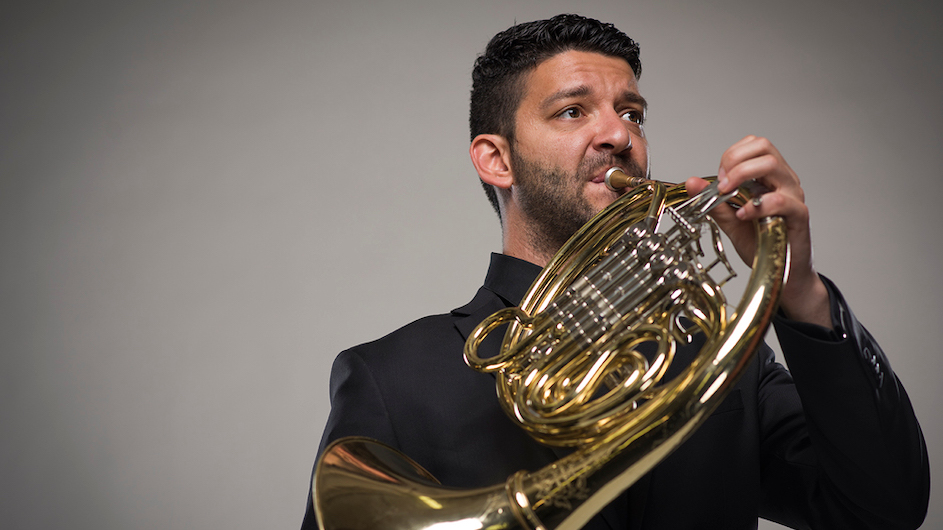 Kolio Plachkov has been with the Colorado Symphony since 2011, as an Associate Principal/Third French Horn. Mr. Plachkov is also a member of the guest horn faculty at the Fairbanks Summer Arts Festival in Alaska, and Rocky Ridge Music Center in Estes Park, Colorado.

After receiving his Bachelor Degree of Music from The Juilliard School, Mr. Plachkov obtained the principal horn position with the Austin Symphony Orchestra, meanwhile pursuing a full time Masters of Music degree at Rice University.

His solo and chamber music performances have been broadcasted on NPR and CPR. He has been featured with Idyllwild Arts Orchestra, The Broadway Bach Ensemble, Colorado Chambers Players, Englewood Arts Concert Series, and the Estes Park Music Festival.

Mr. Plachkov has been featured on “From the Top” and, has performed as part of the Bulgarian Concert Evenings in New York at the Bulgarian Embassy for the Bulgarian General Council. His scholarships and fellowships include Tanglewood Music Center, the New World Symphony, New York String Seminar Orchestra, with performances in Carnegie Hall, Ozawa Hall, Avery Fisher Hall, Disney Hall, The New World Center, among others.