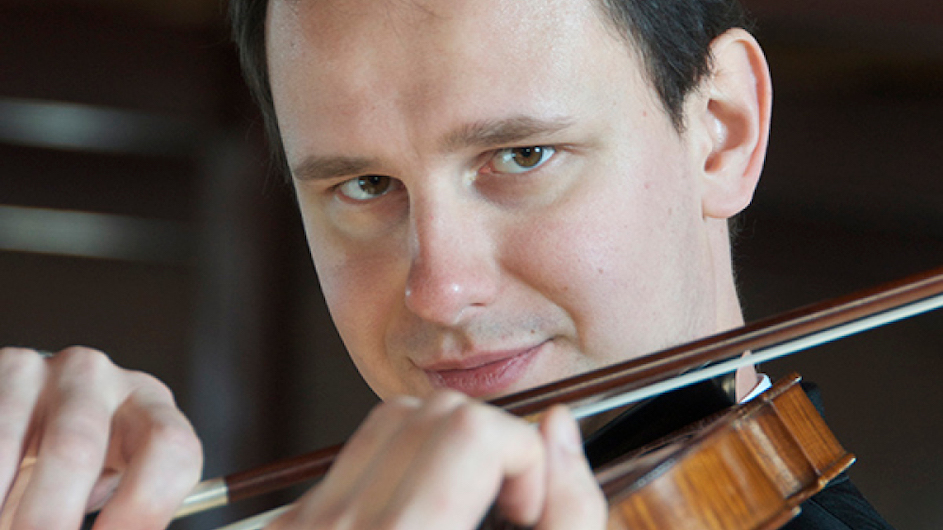 An avid chamber musician, Dmitri was a founding member and first violinist with the Kontras Quartet. He also performed with members of Vermeer, Avalon, Miami, Amernet, and Spektral string quartets, Eighth Blackbird, the Lincoln Trio, Ibis Camerata, as well as principal players of the leading American and European orchestras.

As a soloist, chamber musician, and orchestra concertmaster Dmitri has performed on four continents, including prestigious venues such as the Chicago Symphony Center, the Ravinia Festival, Carnegie Hall, the Kennedy Center, and has also been featured on CBS, NBC, PBS, NPR, and WFMT Chicago.

Dmitri plays the “Radetzky” David Tecchler violin ca. 1720, on loan to him through the generosity of an anonymous donor, as well as a copy of a Vincenzo Panormo violin, loaned by a long- time mentor, Archbishop Zinovy of Mordovia.

Dmitri lives in Littleton with his fiancée, Emily. When not playing the violin, he enjoys exploring national parks, hiking, cooking, and watching soccer.