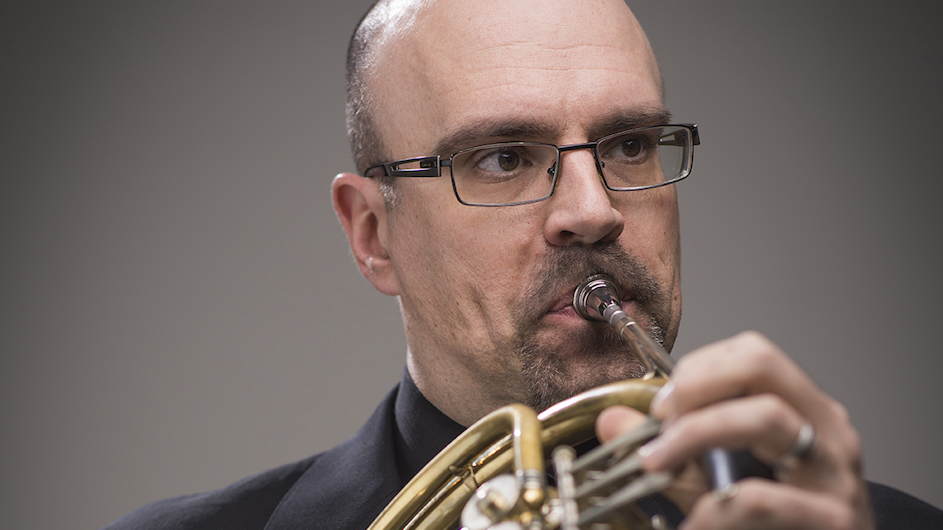 Michael Thornton joined the Colorado Symphony as Principal Horn during the 1997 season. He was appointed to the faculty at the University of Colorado, Boulder in 1999 and is currently Associate Professor of Horn. He also serves as a Faculty Artist at the Colorado College Music Festival each June.

Michael Thornton enjoys a distinguished and varied career as an orchestral performer, chamber musician, soloist, and pedagogue. He has performed on five continents, and has presented numerous master classes at numerous prestigious musical institutions in the United States and abroad.

An avid chamber musician and soloist of international recognition, Michael Thornton has been a featured performer at the Santa Fe Chamber Music Festival (NM), Mainly Mozart (CA), Spoleto (SC), Moab Music Festival (UT), Campos do Jordao International Winter Festival (Brazil), Medellin Festicamara (Colombia), among many others. He performs annually as the Solo Horn of the Washington Island Music Festival in Door County, Wisconsin, and will serve this season as hornist with the Camerata Pacifica Chamber Ensemble in Southern California. As a soloist, Mr. Thornton has appeared with the National Arts Center Orchestra (Canada), Melbourne Musician’s Chamber Orchestra (Australia), and numerous orchestras in the US, including regular solo performances with the Colorado Symphony Orchestra. He has also performed as a featured artist at several horn symposia, including the 2008 International Horn Symposium (Denver), the Western US Horn Symposium (Las Vegas), and Hornswoggle (Jemez Springs, NM).

Appointed to the faculty of the University of Colorado at Boulder in 1999, Michael Thornton is currently Associate Professor of Horn. He also serves as a Faculty Artist at the Colorado College Music Festival each June. Mr. Thornton holds certification in Mental Toughness Training from the Human Performance Institute in Orlando, Florida, and implements this training in his teaching. His students hold positions in orchestras throughout the United States and abroad, and have won numerous awards and competitions. Professor Thornton has twice received the Marinus Smith Award, which is bestowed upon teachers at CU Boulder who have made significant contributions to their students’ development.