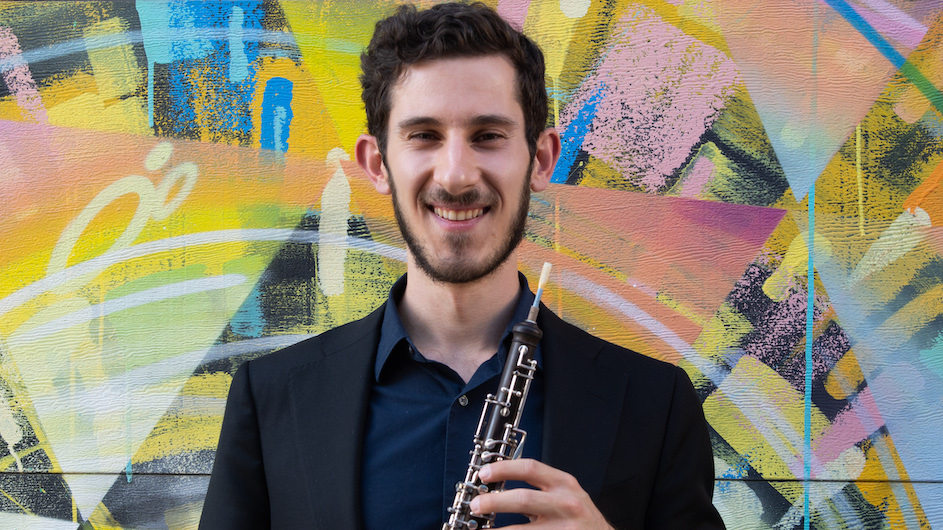 Nicholas Tisherman joined the Colorado Symphony as 2nd/Assistant Principal Oboe in September 2017. Previously, he has performed with the Los Angeles Philharmonic, the Sarasota Orchestra, and the San Antonio Symphony. He holds a Bachelor of Music degree from the New England Conservatory and pursued graduate studies at the Colburn School.

Born in New York to a family of clarinetists, Nicholas began his oboe studies at the age of eight and attended the Juilliard School’s Pre-College Division under tutelage of Richard Dallessio. He holds a Bachelor of Music degree from the New England Conservatory with pedagogue John Ferrillo, and pursued graduate studies at the Colburn School with Anne Marie Gabriele.

Nicholas has performed in the orchestra everywhere from Carnegie Hall to small churches in Sweden. In summer 2016 he toured Europe, recording Beethoven’s Eroica Symphony in Spain as guest principal oboe with the Boston Philharmonic Youth Orchestra, and performing throughout the Baltics and Scandinavia with the YOA Orchestra of Americas. In previous summers he has appeared at Brevard and as a fellow of the Tanglewood Music Center, where in 2015 he received the Mickey L. Hooten Memorial Award.

As soloist and chamber musician, Nicholas finds himself most at home in the Baroque repertoire. He has performed the oboe and oboe d’amore concertos of Bach with various ensembles, including Brandenburg Concerto No. 1 with the Tanglewood Music Center in collaboration with the Mark Morris Dance Group. He has also performed the works of Telemann, Zelenka, and Albinoni in recitals at the Colburn School and the New England Conservatory.

Committed to education and outreach, Nicholas has worked to bring music into communities from Los Angeles to Tallinn, Estonia through programs of the Colburn School, Boston Philharmonic, NPR’s “From the Top,” and YOA Orchestra of the Americas. Nicholas has performed with innovative ensembles like the Kaleidoscope Chamber Orchestra in Los Angeles and Phoenix in Boston in his commitment to keeping Western Classical music accessible for all.