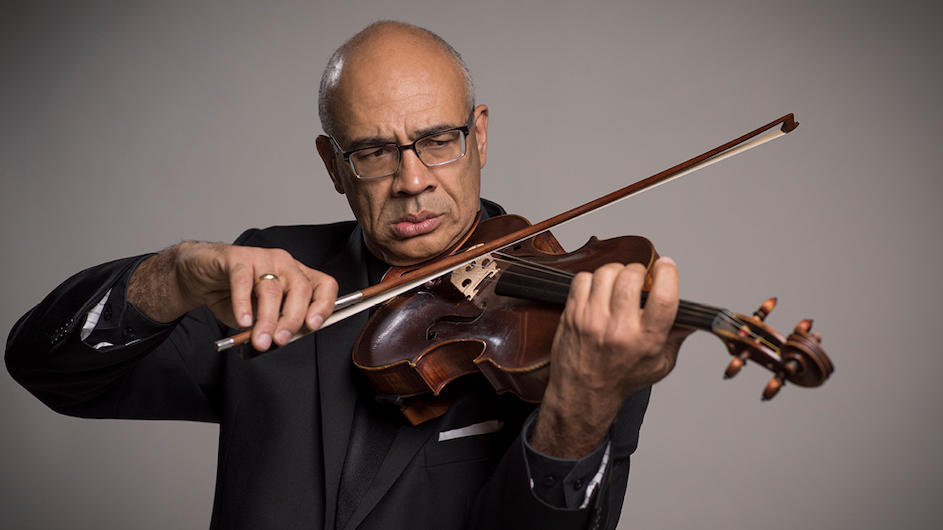 Basil Vendryes has been Principal Violist of the Colorado Symphony since 1993. He currently serves on the faculties of the Lamont School of Music of the University of Denver, the Quartet Program at SUNY Fredonia, New York, Green Mountain Chamber Music Festival in Burlington, Vermont, Interharmony International Music Festival in Italy and the Music and More Summerfest in Trebinje, Bosnia.

Basil Vendryes was born in 1961 to West Indian parents, and began his musical training in the public schools at the age of eleven. He received scholarships to the Manhattan School of Music and the Eastman School of Music, where he studied with Sally O’Reilly, Francis Tursi and Heidi Castleman. He has appeared as soloist with the Colorado, Aurora, Jefferson, Littleton, Lamont, Centennial, and Biola Symphonies, among others. Festival appearances include Spoleto, Heidelberg, Sunflower, Midsummer Mozart, Ouray, Lake Winnepesaukee, Las Vegas and the Grand Tetons. Working with promising talent is one of his passions, and Basil has given classes in viola and chamber music throughout the United States. He is also the founder/director of the Colorado Young Sinfonia, comprised of some of the best young talent in the Denver area, and now in its 18th year.

Mr. Vendryes has been a juror for several competitions, including the Sphinx Competition for African American and Latino string players and the Hong Kong International Music Festival. He has also served as guest principal for the the Western Australia Symphony Orchestra and the Cincinnati Symphony Orchestra.