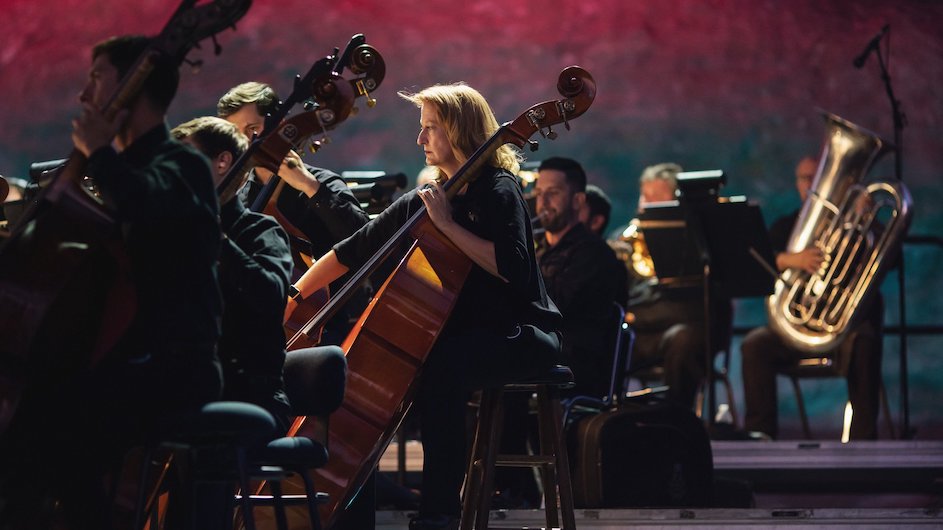 Susan has appeared as soloist with the Colorado Symphony and throughout the country. The Colorado Springs Gazette praised the 2010 performance of the the Bottesini Concerto as “A showcase for the amazing Susan Cahill, (she) made the double bass sing…with a marvelously disembodied, woody timbre.” The Gazette called her 2008 performance of Jacob Druckman’s Valentine “Breathless.

In addition to the Colorado Symphony, Susan has performed with many chamber ensembles and orchestras. She is a member of the Colorado Chamber Players, the Festival Mozaic, and is on the faculty of the Colorado College Summer Music Festival. She is known for her teaching and performing of the double bass solo and chamber repertoire. Susan was a member of the faculty of the University of Denver’s Lamont School of Music from 2009 to 2015.

Susan has appeared with the American roots band The Boulder Acoustic Society, is a member of the salon orchestra Grande Orquesta Navarre, and was a member of the acclaimed Argentinian tango ensemble Extasis, which performed on three continents. Susan’s compositions have been featured at Festival Mozaic and The Colorado College. She is the Co director of Denver Eclectic Concerts, a series dedicated to fusing classical chamber traditions with new forms of art music, spoken word and performance. A Chicago native, she is a graduate of Indiana University’s Jacobs School of Music, where she studied with Bruce Bransby and Lawrence Hurst. Susan’s bass was made by Guiseppe Santori of Turin in 1823.