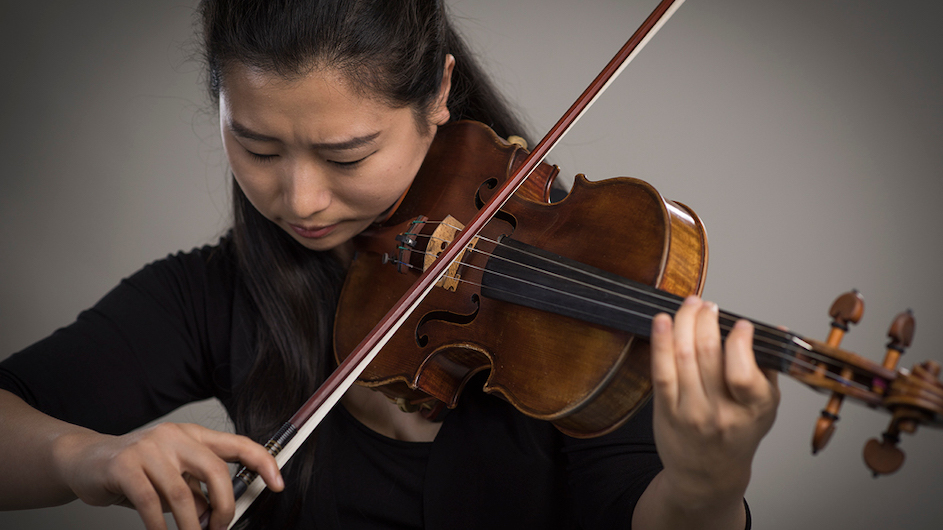 Yi Zhao officially joined the Colorado Symphony as the Assistant Concertmaster in July of 2014. Ms. Zhao is also an active chamber musician, and her experience ranges from performing with Kiri Te Kanawa and Jose Carerras at the Sun Festival in Singapore to concert series at Carnegie Hall and the Peabody Institute with Michael Kannen.

Born in Henan, China, Yi Zhao joined the Colorado Symphony as Assistant Concertmaster in 2014. Since joining the Symphony, Zhao has taken active roles to enrich the musical culture of Colorado. She has appeared as a solo artist with major community orchestras such as Lakewood, Broomfield, and Littleton Symphony Orchestras, and is a frequently featured chamber musician at the Englewood Arts, Walden Chamber Music Society (Salida), and Epic (Colorado Springs) Series.

During summertime Zhao performs at the Grand Teton Music Festival in Jackson, Wyoming. The Festival Orchestra is comprised of musicians from top orchestras around the world, and Zhao is proud to represent the Colorado Symphony among its ranks. Prior to her invitation to the Tetons, Zhao and her colleagues, Coleman Itzkoff and Andrew Staupe, have been invited to the 2014 La Jolla Music Festival as the Pegasus Trio. There she has shared the stage with many world-renown artists such as Cho-Liang Lin, Yefim Bronfman, Inon Barnatan, Alex Kerr, Desmond Hoebig, Richard O’Neill, Leonard Slatkin, and the Miró Quartet. In addition, she has performed with Kiri Te Kanawa and Jose Carerras at the Sun Festival in Singapore and concert series at the Weil Recital Hall at Carnegie Hall and the Peabody Institute with Michael Kannen.

Zhao received her Bachelor of Music under the tutelage of Qian Zhou at the Yong Siew Toh Conservatory of Music, National University of Singapore in 2007 and earned her Master’s under the guidance of Cho-Liang Lin at the Shepherd School of Music, Rice University in May 2013. During these times she was also a fellow at the Tanglewood Music Center and Music Academy of the West, and worked with other renowned pedagogues such as Pamela Frank, Emmanuel Ax, Glenn Dicterow, Jorja Fleezanis, and Kathleen Winkler.